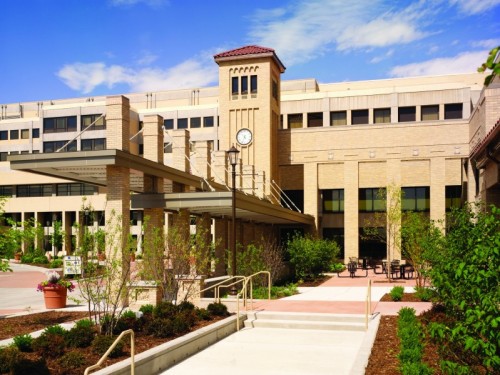 The planning process, begun in March of this year, was a combined effort of SCL Health and the City of Wheat Ridge, with support from MIG Consulting. The master plan was designed with the flexibility to reflect the community’s vision and to ensure a well-defined, coordinated redevelopment strategy over the next decades.

SCL Health engaged in supporting new opportunities and benefits for residents and neighbors while maintaining respect for the history and legacy of Lutheran’s role in the community.

The master plan lays the groundwork for future developers to apply to the City for rezoning other than medical use. Several scenarios for potential future redevelopment were laid out in the master plan framework, including mixed-use, retail, lower- and mid-density housing, and open space.

Some community members expressed interest in several structures on the legacy campus, including the Blue House, the Chapel of the Good Samaritan, and the TB tent. The City of Wheat Ridge and SCL Health Lutheran Medical Center acknowledge and respect the historical significance of these buildings and their importance to the community. Once we begin to identify potential developers for the property, it will be important to include potential opportunities for these buildings as part of any proposals under consideration.

With the adoption of the master plan for the city, the process for future development has reached the first, early stages. Lutheran Medical Center will continue to occupy the property until the move to Clear Creek Crossing in the summer of 2024. Plans for the development of the legacy campus will occur gradually in stages over the next few years, and we will continue to work with the City of Wheat Ridge to keep the community informed about the process.

The master plan is available on the City of Wheat Ridge site.

SCL Health is a faith-based, nonprofit healthcare organization dedicated to improving the health of the people and communities we serve. Founded by the Sisters of Charity of Leavenworth in 1864, our health network provides comprehensive, coordinated care through eight hospitals, more than 180 physician clinics, home health, hospice, mental health, and safety-net services in Colorado and the Montana Wyoming region.